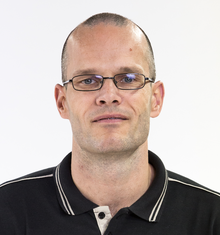 "Basketball is my passion! It is much more than just my job".

I was raised in the city of Deurne, Noord-Brabant (the Netherlands) and started coaching basketball when I was 20 years old. After finishing my degree in sports (CIOS) I became a full time basketball coach.

During my playing career, which included one year of high school at Sloan Hendrix High School in Imboden - Arkansas (USA), I made the decision early in my life to focus on coaching. I knew that this is what I wanted to do.

What I enjoy the most about coaching is working with a (young) group of people that work towards a common goal. Seeing the improvement / development of the individual, the companionship, the hard work, working together with your staff and the relationships that are build during this process are things I really enjoy.

I started coaching with many youth teams of different age levels. After a few years I became an assistant coach at the 1st division level and have worked at this level for many years with different clubs. For the past years I have been working both as a head coach and an assistant coach and have been a professional coach since 2001. So far I have experience coaching in the Netherlands, Germany and Belgium.

In 2003 I founded my own company T.R. Basketball Clinics. With this company I organised many basketball clinics for players, schools and coaches, including the youth clinics at the Haarlem Basketball Week. The HBW was the biggest Dutch X-mas basketball tournament, which included teams like the North Carolina Tarheels, Maccabi Tel Aviv and Red Star Belgrade.
In 2020 I organised the European Basketball Webinar. This 6 day event had more than 7000 attendees and I raised close to 3000 euro for Doctors Without Borders. The speakers included top coaches  from the NBA, Euroleague, ACB and 3 National Team head coaches.

Through basketball I had the opportunity to meet a lot of great people. I travelled all over the world and was able to visit many coaches, teams in many different countries and places. That is also how I build up my network. My network includes contacts from many countries including Europe, the Middle East, Asia and the U.S.A.. I was at countless games, including the 2012 London Olympics, which was definitely a unique experience.

Since I started coaching I have attended and given many clinics, lectures, camps, showcases in Europe, the Middle East, the USA and Asia.